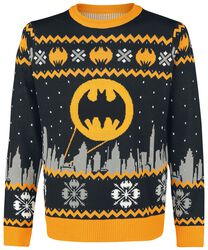 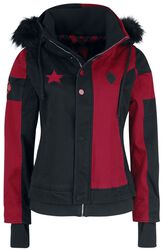 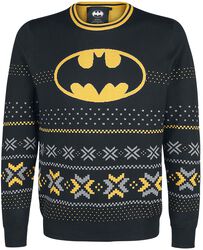 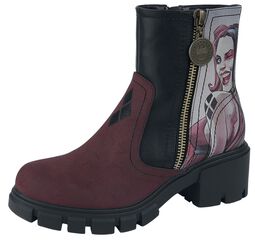 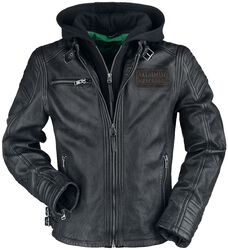 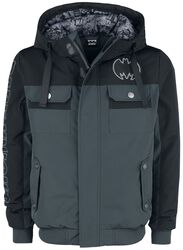 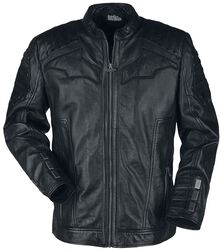 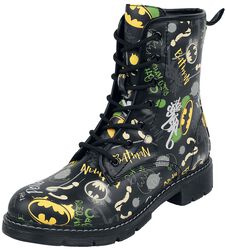 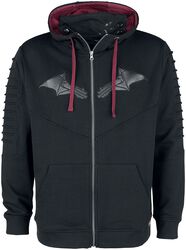 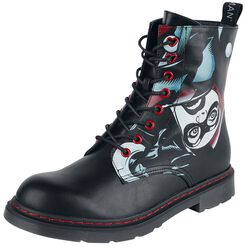 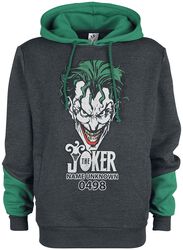 ‘Why so serious?’ These words should mean something to every Batman fan ever since ‘The Dark Knight’ (2008). We have artist Bob Kane and writer Bill Finger to thank for the Batman, after they created the comic figure back in the mid 1930s. In March 1939 it was all ready: Batman appeared in comic magazine ‘Detective Comics’ which was owned by publishers DC Comics. Of course, you can get all the appropriate Batman fan merch like Batman T-Shirts or Batman figurines at the EMP Batman online shop. But here you’ll also find fan merch for all your other favourite DC heroes like The Flash or Wonder Woman.


Who’s hiding behind the mask?


Bruce Wayne is still a child when he witnesses his parents being shot by a criminal and the small boy is subsequently brought up by his butler Alfred Pennyworth. Bruce goes to his parents’ grave and, with understandable anger, swears to free Gotham City from these criminals. From now on, he begins to train himself physically and studies criminology and science as well as learning self-defence. He can afford all of this as his parents had left him a billion-dollar company behind.


Training is very important to Bruce as his underlying principle is to never kill anyone if he can avoid it. He also doesn’t want to use any weapons. Being a hero without supernatural powers is what makes him so unique, just like Arrow. Bruce is a man who is ready for battle in any situation. He is a role model to whom anyone can aspire to quash all evil. Just as he was considering what to use as his costume, he was given a fright by a bat – and so his outfit was born. From then on, he was known as Batman.


The Batman comics first made it to the big screen in 1943 and since then there have been even more film interpretations of the comic figure. These include the films directed by Christopher Nolan, which are loved by fans all over the world. Batman Begins was the prelude released in 2005 with Christian Bale in the title role. This followed the original story of Bruce Wayne’s parents being shot but the journey to becoming Batman is told slightly differently. As a child, Bruce falls into a well and is attacked by a swarm of bats and he then goes on to develop a fear of them. Whenever he sees a bat, he is overcome with fear. Whilst watching the opera with his parents, some of the actors were dressed as bats and he became so scared that he immediately left with his parents. On the way home, they were ambushed, and his parents were killed.


Unlike the comic books, in Christopher Nolan’s version, Bruce is determined to get revenge on his parents’ murderer. When the criminal is released early from prison, Bruce grabs a pistol and waits for the murderer after the court hearing. He wants to kill him but the Gotham City mafia get there first. The district attorney and childhood friend Rachel Dawes (Katie Holmes) is on his side and tries to get him back on track. Bruce then travels the world, trying to get into the minds of criminals but he gets onto the wrong side of the law and ends up in prison in China. On his release, he gets to know Ra’s al Ghul (Liam Neeson) and is trained as a ninja in their mountain palace. But when Ra’s al Ghul wants Bruce to join the ‘League of Shadows’ and destroy Gotham, he flees and burns the palace to the ground.


Work is never done for Bruce given that evil never sleeps! One culprit is the Scarecrow (Cillian Murphy) who wants to poison the town’s water supply with a dangerous hallucinogen. In addition, there’s Two-Face (Aaron Eckhart) who is hell-bent on getting revenge, The Joker (Heath Ledger) who keeps on killing people until the man behind Batman reveals his identity and finally Bane (Tom Hardy) who wants to blow Gotham to smithereens.


You’ll find all the Batman fan merch you’ll need at the EMP Batman online shop. From tops, T-shirts and dressing gowns bearing the classic retro Batman logo, to Batman pullovers and vests as a nod to Bruce Wayne. Batman fan merch also makes for a delicious breakfast with cereal bowls and mugs with the bat logo. And with the 50’s style dress featuring the bat logo you’ll be sure to be a head turner at every party! If you’d like to read back about the rise of the Joker then you’ll find the perfect graphic novels within the EMP Batman fan merch range. Or maybe take a look at the Batman vs. Superman fan shop and see what’s on offer.