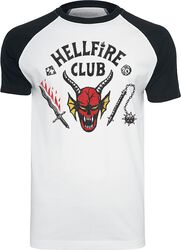 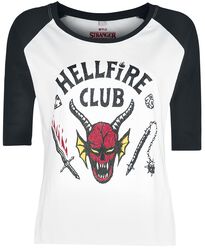 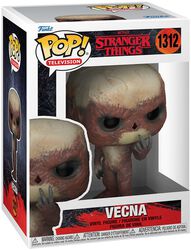 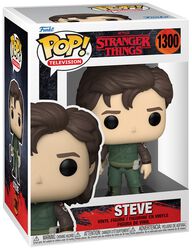 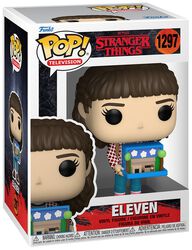 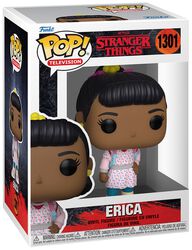 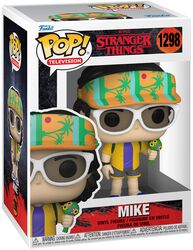 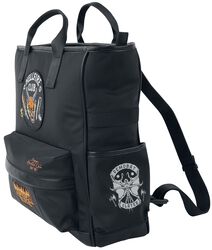 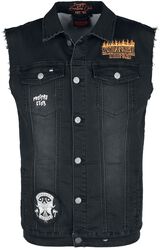 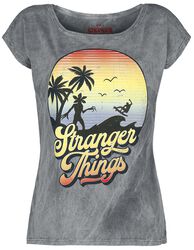 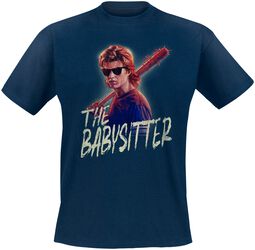 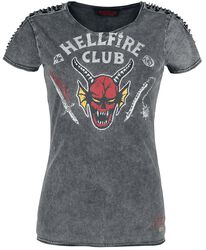 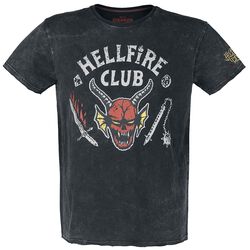 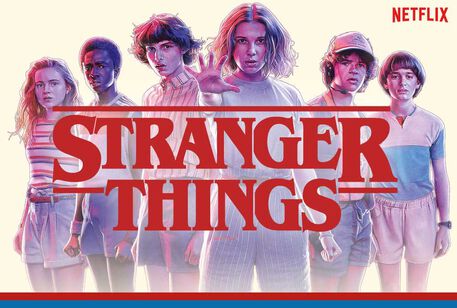 In 2016, Netflix launched the first season of one of their original series, Stranger Things. The rest, as they say, is history. The streaming giant turned things Upside Down, introducing the world to new characters including the mysterious Eleven, played by Millie Bobby Brown, as well as introducing the younger generations to Winona Ryder.

A perfect blend of coming-of-age comedy, fantasy, science fiction and horror, Stranger Things has grown into a phenomenon, with three seasons available to stream and a fourth one on the way.

Viewers aren’t passive fans – the show has spawned endless debate, memes and theories. In our online Stranger Things shop, we understand what fans want – exclusive gifts you can’t get anywhere else, LPs that capture the 80s sound in full glory and more. Stranger Things merch for the hard-core fans – the ones who would follow the gang through the Shadow World and back again.

Season 1 - How it all started

November 6, 1983, Hawkins, Indiana: Will Byers, a 12-year-old boy, disappears without a trace on the way home. Greatly concerned, Will's friends - Mike, Dustin, and Lukas - decide to get to the bottom of the matter and solve the case. During their search, they come across a girl in a wooded area wearing a hospital gown and with a shaved head and the number 11 tattooed on her arm. They name her, creatively, Eleven.

It soon turns out that Eleven has psychokinetic powers, and she knows what happened to Will. He is fleeing a faceless monster, called the Demogorgon. What comes next is a blend of modern storytelling with popular 1980s tropes – the small-town police chief, the discovery of a shadow world, a portal to another dimension.

Stranger Things season two picks up a year after Will returns from the shadow world. The show develops at a breakneck pace, keeping viewers hooked and shocked at every turn. There’s haunting hallucinations, tentacled monsters, Eleven’s discovery of how she came to be.

Eleven also makes new discoveries: she finds out that she is the result of illegal human experiments carried out in the Hawkins Laboratory. Unaware and possessed by the monster from the other world, Will contributes to the opening of a portal to the shadow world and the outbreak of a horde of Demorgogons. By joining forces, Will and his friends manage to close the portal again, mainly thanks to Eleven's psychokinetic abilities. How long will the peace last? EMP also offers a whole range of "Stranger Things" merchandise for season 2, so you can immerse yourself in the world of Upside Down - be it posters, books or accessories.

In the third season, Eleven, Mike, Will, Dustin, Lucas and Max have to face new dangers. Above all, the tentacle monster, which Will already encountered in visions and which came threateningly closer to Hawkins Middle School in season 2, has it in for the friends. But it is not only Eleven and Co. who are in great danger from the tentacle monster: the monster, also known as the Mind Flayer, has broken free from the shadow world with the mission of destroying everything in its path and causing chaos.

The Thoughtflayer repeatedly communicates with the friends through telepathy and reveals that he wants to destroy the real world with an army of monsters from the shadow world. To realise his plan, the Thought Flayer only needs a human host. The choice falls on Max's older brother Billy. The teenager with behavioural problems, who already shows disturbingly aggressive behaviour, seems to be an easy victim for the demonic monster from the shadow world. Police chief Hopper and Will's mother Joyce are also involved and, as always, help the friends with words and deeds. Will the mind flayer manage to put his destructive plans into action? Will Will and his friends manage to stand up to the new danger? One thing is for sure: the new season will be at least as exciting as the previous two!

Stranger Things season 4 – when is it coming out and what to expect?

There are two releases for season four: 27.05. and 01.07.2022. The Battle of Starcourt in season 3 left many cliffhangers for fans to look forward to. Be ready for season 4 and stock up on our merchandise in our Stranger Things Shop.

As we wait for the new series of Stranger Things, fill that Hawkins sized hole in your life with official Stranger Things merchandise from our online shop. Nothing will make the time go faster than a gift or two… or Eleven. Our Stranger Things shop offers a wide range of gifts and merch to choose from, whether you want to cosplay as Eleven or just add a touch of the Upside Down to your note taking. Retro inspired shirts, LPs, wall prints and more complete our online shop, which includes plenty of exclusives you can only get online from EMP. 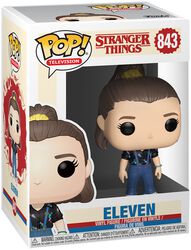 
Trivia – because truth can be stranger than fiction

It was horror maestro Stephen King who suggested Millie Bobby Brown for the role of Eleven. The legendary author had seen the BBC series Intruders, in which Brown was already impressing audiences with her acting skills.


Stranger Things is based on ideas from various conspiracy theorists who assume that the United States government is doing experiments on children.


The main characters from Stranger Things are just as good friends in real life, having a group chat called Stranger Texts.


Funko Pop Stranger Things figures from the upside down

Got your eyes on the Stranger Things Funko Pop figures? Of course, we also have those too! The vinyl figures are faithfully modelled on the series characters.


Are you curious and looking for more fan articles?


Here you will find everything your heart desires: