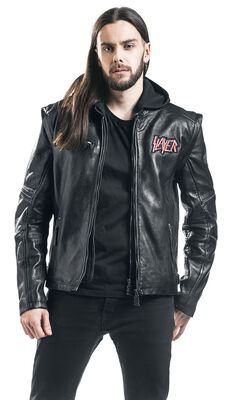 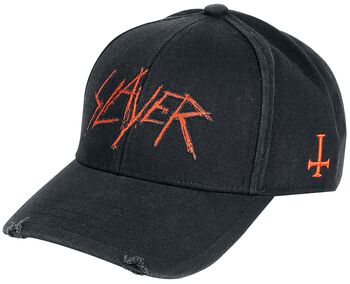 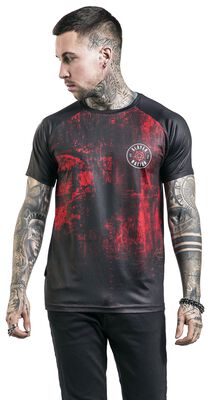 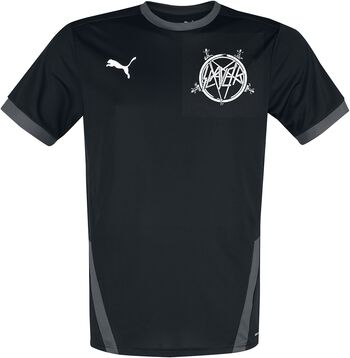 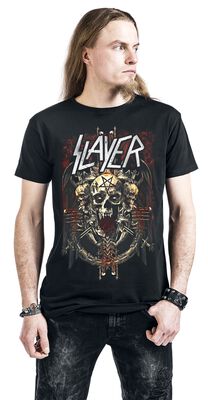 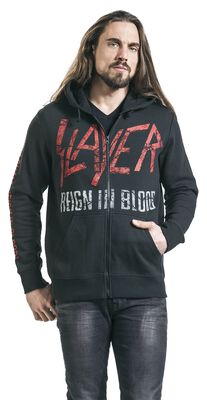 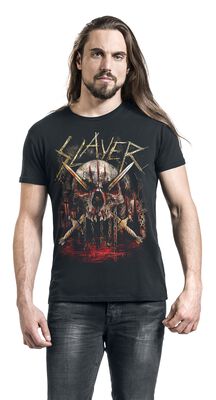 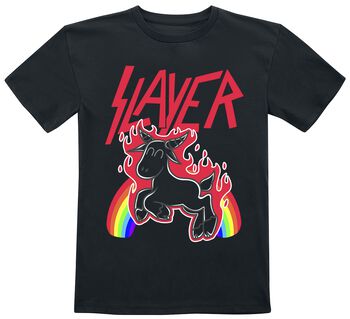 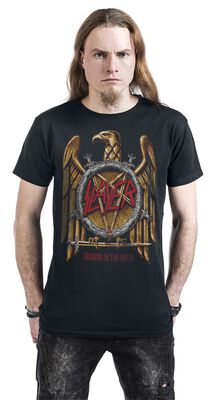 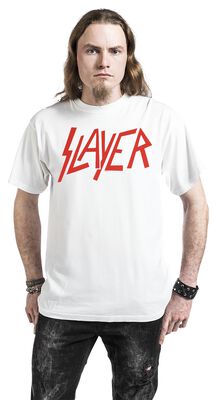 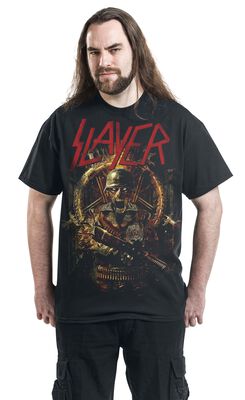 As one of the four biggest bands in thrash metal, Slayer have been a musical stalwart for fans since 1981. Alongside Metallica, Megadeth and Anthrax, Slayer form the final part of the so-called Big Four. The band was founded in the 1980s by its original members: Dave Lombardo, Jeff Hannemann, Tom Araya and King Kerry. The impulse for the band’s formation came from guitarist Kerry King, who at the time was searching for other skilled musicians to form a band.


King had already known Tom Araya for some time, Jeff Hannemann lived in the same house, and Dave Lombardo was a lucky find, providing the band with proper beats on a cover basis. The band, founded in Los Angeles, quickly gained cult status in the heavy metal scene.


Albums such as Reign in Blood and Seasons in the Abyss formed the basis of the image that the band have today. In between, two new members joined the band. In 2013, Jeff Hannemann died and Dave Lombardo ended his time with Slayer.


Gary Holt and Paul Bostaph then joined forces with the remaining founding members.


If you want to kit yourself out with some cool new fan merch from your favourite band, then you can do so in style in the EMP online Slayer Fan Shop. We’ve got quite a few awesome pieces for your wardrobe, and something for your ears too of course. No matter where you wear these Slayer fan products, they’re sure to attract the attention that the band deserves.


Those of you who don’t just want to kit yourself out, but your home too, are in the right place, as we have everything from wall decorations to kitchenware for you in the EMP online shop.


What makes the band so special?


Right from the beginning, Slayer have been known to borrow symbols and motifs from Satanism. This is due to the fact that the band wanted to stand out from the masses, and was looking for a way to create a buzz around their image. And they’ve certainly achieved their aim.


Slayer are also known for not taking any particularly political stance. However, there has been some controversy on this subject in the past thanks to a certain photo montage with President Trump, which they even uploaded on their own Facebook page.


Want to know even more interesting facts about your favourite band? We’ve found out a few tidbits for real fans!


It's no longer a secret that the band plans to shut up shop, and Slayer are ending their story with a final farewell tour. However, it seems that guitarist Kerry King is not quite ready to hang up his guitar. His wife made this clear in an Instagram post, and assured his fans this won’t be the last we’ll hear from him. We’re curious about what will come next.


Fan Fact 2: Metal and cuisine do go well together


In Minneapolis, chef John Hurkes decided to combine his two passions in an ingenious way. Pizza and Slayer came together to make the Slayer fan pizza! What’s so special about it? Its pentagram shape is based on the album ‘Reign in Blood’, with blood spatters in the form of sacramental wine, and a crunchy crust rim made from wafers. It’s also topped with salami, cheese, marinara sauce and chopped cabbage.


Discover Fan Merch from Slayer in the EMP Online Shop


Are you looking for some accessories for the band’s final farewell tour? Then take a look in the EMP Slayer fan shop now.


Here, you’re sure to find the right look for your next gig. Show your loyalty to the band and kit yourself out with the right Slayer fan items!