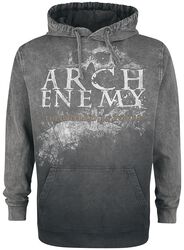 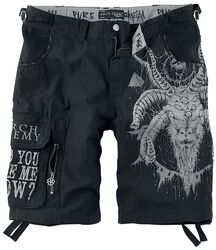 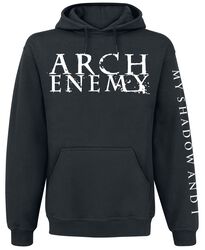 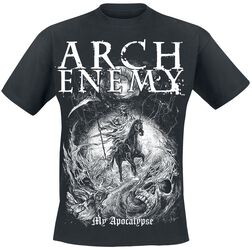 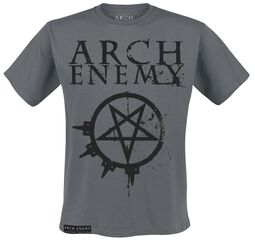 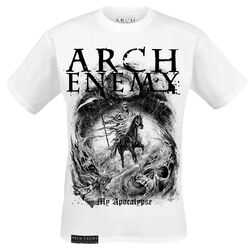 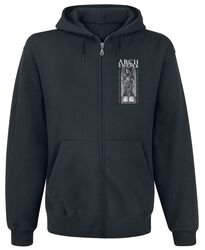 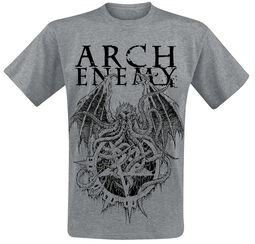 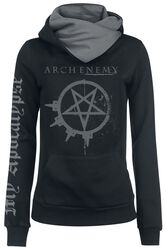 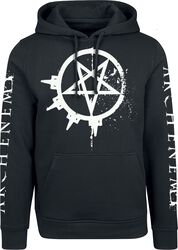 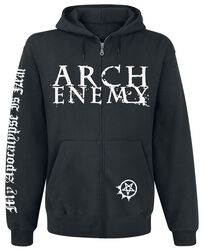 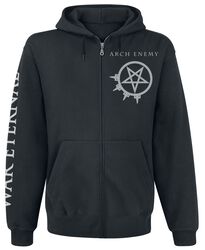 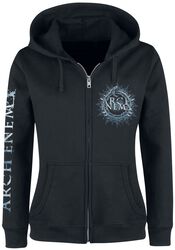 Michael Amott is a gifted musician. Not only did he earn himself a place in grindcore history with Carcass, but he also demonstrated his versatility with Spiritual Beggars. Fortunately, his musical passion drove him even further, and in 1996 he teamed up with his brother Christopher Amott, Daniel Erlandsson and Johan Liiva to found Arch Enemy.


With this lineup, the band entered the recording studio and produced their debut album "Black Earth" in the same year, with Michael Amott playing all instruments except the drums. The four musicians were joined by producer Frederik Nordström, who also had In Flames and Dimmu Borgir under his wing. Together, they created the mix of death metal, polyphonic guitar riffs and complex melodies that the band are still famous for today.


Arch Enemy take over the world


The Swedes’ second album ‘Stigmata’ (1998) followed a year later, continuing on from the unusual sound showcased on their debut album and building on their fanbase even further. Peter Wildoer joined the band on drums for the recording, along with Martin Bengtsson on bass. Thanks to their growing success, record companies started to pay attention to Arch Enemy, and Europa Century Media signed the lads and distributed their second album.


One year later, album number three appeared: "Burning Bridges". Like the previous Arch Enemy albums, the new songs showed off the Swedish musicians’ technical abilities. The album exceeded expectations and the band’s popularity grew. In the meantime, Daniel Erlandsson resumed his position behind the drums, whilst Sharlee D’Angelo took care of bass duties from 1999. With this new lineup, the band started their first tour with Hammerfall in South America. The tour was a huge success. The band put the production of another Arch Enemy album on hold for a while, and continued to play live at numerous concerts.


The Swedes cut a path through Europe, the USA and Japan, with support from Children of Bodom, Dark Tranquility and In Flames. The band had already enjoyed a good reception, but the amazing feedback from Japanese fans came as a surprise, and a live album entitled ‘Burning Japan Live’ followed.


The band switches to a female vocalist


As the new millennium dawned, the band also made a huge lineup change. Vocalist Johan Liiva left the band, to be replaced by a surprising choice: Angela Gossow. The German native took over vocal duties, stunning fans with her strong and expressive vocal style. The band subsequently collaborated with Andy Sneap to release their fourth studio album “Wages of Sin”, which also included cover versions of songs by bands such as Iron Maiden and Judas Priest.


The band’s next tour took Angela Gossow and co through the UK, then the US for six weeks, after which they were immediately booked for another US tour together with Sworn Enemy and God Forbid. After more appearances across the globe the band underwent further lineup changes, with Gossow taking over as band manager and Alissa White-Gluz replacing her as vocalist. In 2014, they finally released their tenth album "War Eternal" featuring Alissa as frontwoman.


With ‘Will to Power’, Arch Enemy returned with their 2nd album featuring Alissa White-Gluz. Yet again the band had gone the extra mile, and it seemed almost as if Alissa had always been part of the band. The album promised a lot, and delivered even more. Songs like ‘Blood in the water’ and ‘The world is yours’ create a perfect balance with ‘A fight I must win’ or ‘Reason to believe’.


Of course, Amott and Loomis deliver guitar work at the highest possible level yet again, as demonstrated on ‘Set flame to the night’. We were totally blown away by the album and already can’t wait to see what’s next from Arch Enemy!


You’re sure to find something in our Arch Enemy fan shop. Complete your CD collection or treat yourself to an Arch Enemy t-shirt. No matter whether you’re a CD or vinyl fan – you’ll find the whole Arch Enemy discography. So what are you waiting for? Find your favourite items and get ready for the next show.


Want even more? Take a look at Dimmu Borgir, Kreator, Blind Guardian and Heaven Shall Burn.