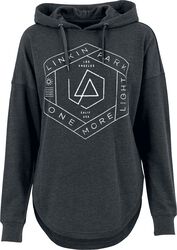 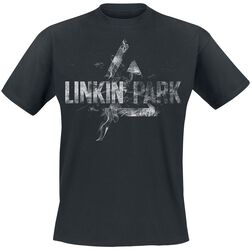 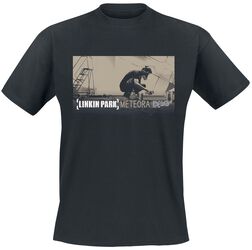 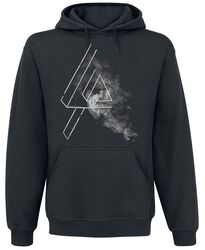 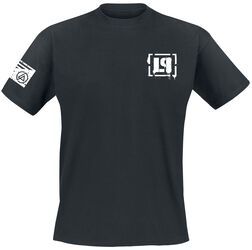 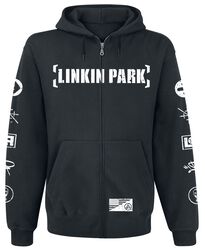 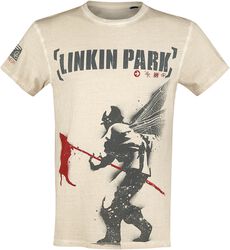 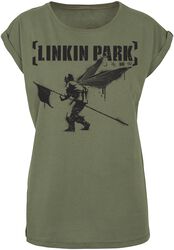 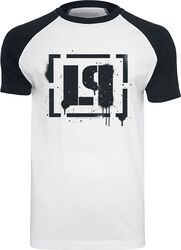 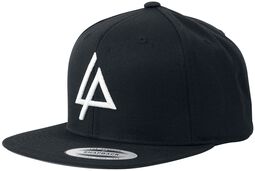 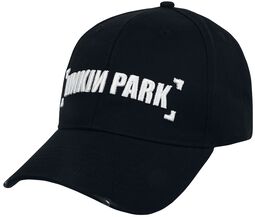 Linkin Park is a vital part and leading figure of the nu metal movement, and had its climax even before the turn of the century. With incomparable sounds, crossover and rap metal became the largest youth movements the alternative rock scene has ever seen. This newly emerging nu metal music dealt with issues such as the frustration, despair, fear and marginalisation of teenagers, and that's exactly what touched raw nerves with young people at the time. Bands such as Limp Bizkit, Papa Roach and Linkin Park took over the music scene within a short space of time.


The band was founded by three young Californians in 1996 just as the nu metal movement was beginning to take shape. Inspired by an Anthrax show, they decided to create their own band and initially began working under the name "Xero". After complications in changing their name to Hybrid Theory, they finally decided to name themselves Linkin Park, a play on Lincoln Park in Santa Monica. With many other parks of the same name in the US, the band were often regarded as locals, which is how they got so many gigs in their early years.


What makes LP so special?


The band was at the forefront of the nu metal movement in the early noughties due to its unique sound. They really are a flagship of their genre with two rapping and shouting vocalists as well as hip hop influences and elements from a talented DJ. What makes the band is the fact that its genre is not fixed, allowing them to shift their style over time, as well as blow their audiences away with atmospheric videos and distorted guitar riffs.


The combination of their sound and content certified the band Platinum and allowed them to win multiple Grammys. The boys made the leap from youth movement to established rock band and were able to fill concert venues and headline several big festivals. Linkin Park were on par with the genre greats and can even boast collaborations with Jay-Z and Rick Rubin.


Linkin Park albums - a band that keeps on evolving


This nu metal band began with the album "Hybrid Theory" in 1998, taking its title from the band's previous name. DJ Hahn's samples ensured that that listeners were unable to get the songs out of their heads even days after listening to the music. Subtle lyrics and unique voices were added to the music by Mike Shinoda and Chester Bennington, creating an incomparable atmosphere.


"Hybrid Theory" landed the band 5th place on the Billboard Charts and they even won a Grammy with the song "Crawling". After being awarded with Best Hard Rock Performance, the band had enough confirmation that they were heading in the right direction. Songs such as "One Step Closer", "Points of Authority" and "Papercut" are still bangers even today!


Spurred on by the positive reception, three years later, in 2002, they released the album "Meteora", which became one of the most successful albums in the history of alternative rock. It includes legendary songs, such as "Somewhere I Belong" and "Numb". After this high, the band took a new direction and filled concert halls with a somewhat poppy but still heavy sound, which can be heard on the album "Minutes to Midnight" (2005) and "A Thousand Suns" (2008). Their concert "Road to Revolution: Live at Milton Keynes" is a clear example of such success.


The Californians just keep moving forward. They developed a more electronic sound with "Living Things" (2011-2013) and the sales numbers continued to increase, before the five went back to their nu metal roots with their next album "The Hunting Party" in 2013. "One More Light" (2017) features even more songs that won over fans with a variation of sounds. The single "Heavy" showed just how Linkin Park completely changed sounds from song to song. And that's why we love them! Each album has a different and special sound. What band can do that nowadays?


It appeared to be going to well for Linkin Park, but behind the scenes, especially for Chester, things were going off the rails. He often spoke about his severe depression, but neither his music nor his home life could fight the internal pressure. On 20 July 2017, Chester Bennington took his own life, and in the same year so did his fellow musician and close pal Chris Cornell from Soundgarden. Chester's death has allowed countless fans to get help whilst going through difficult periods in life.


Even if Chester Bennington is no longer physically with us, his musical legend will live on forever, with milestones such as "Hybrid Theory" and "Meteora" having shaped us all in important ways. So, there's no wonder you're able to find these albums and many more on the Linkin Park Shop.


Get in the mood for nu metal with our countless Linkin Park t-shirts, hoodies and much more. Come a step closer!


Fancy some more merch? Take a look at Bring Me The Horizon, Avenged Sevenfold or koRn.