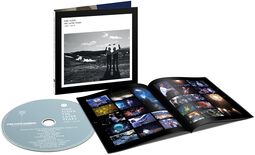 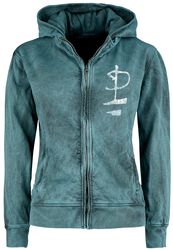 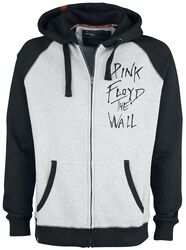 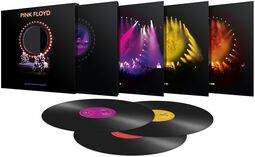 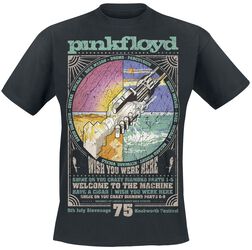 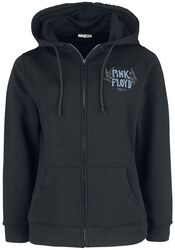 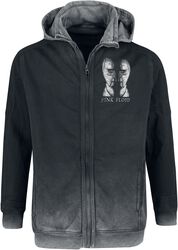 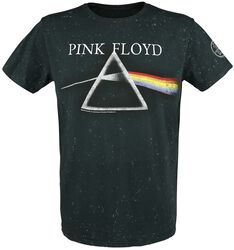 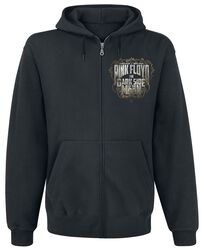 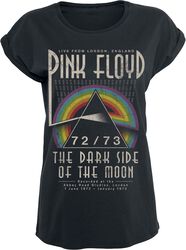 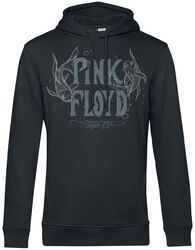 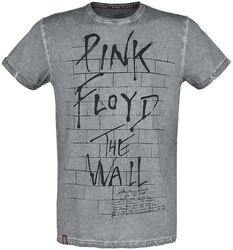 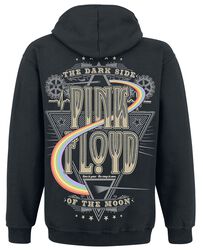 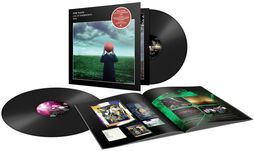 The British rock band Pink Floyd was founded in 1965 in London. The name Pink Floyd was inspired by Syd Barrett’s favourite blues musicians Floyd Council and Pink Anderson. He combined the two band names, and the result is legendary to this day: The Pink Floyd Sound. After Bob Close left the band, they shortened the name to Pink Floyd.


From that moment onwards, the band enjoyed one success after another, selling approx. 260 – 300 million albums. The album “The Wall” is the most sold double album, and “The Dark Side of the Moon” is the third best selling album in the world. The band deals with important themes in many of its songs, from politics to social issues.


As a true Pink Floyd fan, you should take this chance to pick up the right fan merch for your collection. Treat yourself to one of many Pink Floyd highlights and get inspired by our large choice of Pink Floyd T-shirts in the EMP online shop. Of course not just T-shirts await you in the Pink Floyd fan shop, but also loads more interesting stuff – so don’t hesitate to browse through the range.


A history lesson with Pink Floyd


The band’s history began in London in 1964. It was here that Roger Waters, Nick Mason and Rick Wright met for the first time while studying. They formed the cover band Sigma 6 and gave a fresh twist to the current beats and blues songs. The founding members were also joined by bassist Clive Metcalfe, singers Keith Noble and Juliette Gale, who would later marry Richard Wright.


Over the course of time, the band’s name was changed to The Tea Set, and guitarist Bob Klose joined the group. In 1965 the band’s lineup changed again with the new singer and guitarist Syd Barrett, whilst Noble, Metcalfe and Gale left, and Waters took over the bass. After this, the band was re-named yet again, and settled on the name The Pink Floyd Sound.


Discover some interesting facts about your favourite band, which maybe you didn’t know before.


The bassist and singer Roger Waters was the main songwriter for the band’s songs in the mid-70s. He developed the concepts and dominated with commercial successes like the albums “The Dark Side of the Moon” and the grand finale “The Wall”. These albums were to become the most-sold of all time.


Fact 2: Pink Floyd becomes famous thanks to its live shows


The band Pink Floyd wasn’t just famous for its song and lyrics, but also its live appearances. At their live shows, not just the band’s music was at the foreground, but also the artistry of their stage show. For example, one part of their show was Algie, a huge inflatable pig filled with helium and propane. It was usually destroyed during each show, however one time it didn’t go to plan and the pig got to explore London and the Heathrow flight zone.


Browse through your Pink Floyd Fan Shop online at EMP and discover our huge range of various Pink Floyd accessories. They’re sure to help you get through to your next party evening with the right soundtrack. For example, find yourself a new companion for your morning pick-me-up and show all your colleagues which band you support. Online at EMP, you’ll also find highlights for work and your free time among the large selection in our Pink Floyd fan shop.