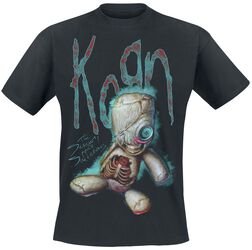 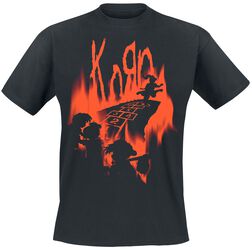 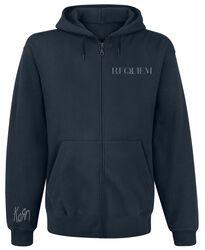 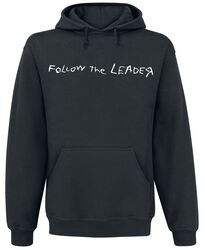 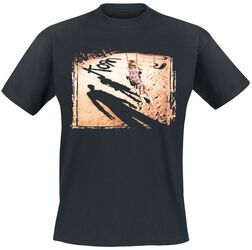 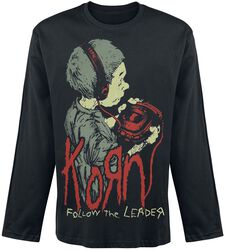 Getting a boring 9 to 5 job after high school? This was never an option for the guys from KoRn, who went straight from school to the world stage. That was great for us, as otherwise we would never have got to know the unique and crazy sound of KoRn.


But let’s start from the beginning. It’s 1993 when grunge was all the rage and bands like Nirvana and Alice in Chains were revolutionising the music scene with lighting speed. You’d think this would be a bad time for a new type of music, wouldn’t you?


But you’d be wrong! The guys from Bakersfield had created a completely new music genre with their unmistakable sound, which today has countless fans. Nu metal was born and KoRn finally made it as a top international band. A reason for this success was and still is the dark and morbid voice of Jonathan Davis.


Davis created a unique vocal sound inspired from some awful childhood memories which are anything but cliché. Ranging from feminine tones, raps, shouts all the way through to crazy loud sounds, Davis has an unbelievable vocal spectrum. No wonder that you could pick out his voice out from millions.


It’s not just the vocals that are excellent. The instruments are also perfectly matched and range from quiet melodic tones through to hard groove riffs before turning into crazy psychedelic samples. It didn’t come as a surprise then that the second recording ‘Life is Peachy’ was such a hit.


Reaching number 3 in the US charts and selling more than 100,000 albums in the first week sent out a clear message. They won Grammys and MTV awards and nothing seemed to be standing in the band’s way. We also can’t get enough of the music videos to ‘Got The Life’ and ‘Freak On A Leash’.


These guys had no plans of stepping out of the spotlight. The next albums were released like they were on a production line…but without sounding like it.


The band did everything in their power to improve their sound and to reach out to a wider audience. Albums like ‘Issues’, ‘Untouchables’, ‘Take a Look in the Mirror’ and ‘Untitled’ go to prove that KoRn know exactly what they’re doing.


OK, their jaunt into the Dubstep world on the album ‘The Path of Totality’ wasn’t their best move but it shows just how adaptable KoRn have always been.


No wonder we were all so happy with the release of the album ‘The Paradigm Shift’, taking KoRn back in the right direction. Songs like ‘Never never’ and ‘Prey for me’ are without doubt Nu Metal through and through.


The Serenity of Suffering


Whenever the guys from KoRn announce a new album, you need to be prepared for anything. The album ‘The Path of Totality’ went to prove that theory.


All the more reason that we rejoiced with their first single ‘Rotting in Vain’ which left us gobsmacked and made us want to dig out our baggy pants. What a song! KoRn have gone back to the roots of Nu Metal and have once again excelled themselves.


Groovy drums, crude bass tones and 14 chords from Munky and Head as well as the dark and morbid voice of Jonathan Davis.


The band were even able to rope in Corey Taylor from Slipknot and Stone Sour for the song ‘A Different World’. ‘The Serenity of Suffering’ proves that Nu Metal isn’t going anywhere and that KoRn is still one of the best and craziest bands in this genre.


Take a visit to our KoRn fan shop and discover merch from your favourite band. As well as KoRn albums, you’ll find KoRn T-shirts, hoodies, accessories and much more.


So, what are you waiting for? Kit yourself out with KoRn merch and start looking forward to the next concert. We’ll see you in front of the stage.


Our EMP band shop is packed full of merch. Take a look at Disturbed, Slipknot, Limp Bizkit and Rage Against The Machine.